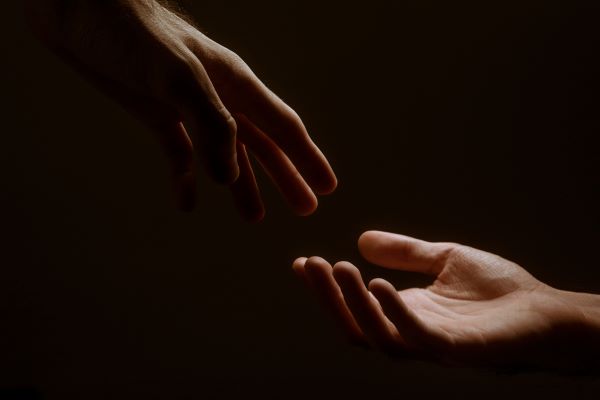 It’s a hot topic right now in the news. Do our actions back up our words? Do our words hold integrity? Are we consistent in word and deed?

At the root of this question is trust. Can I trust you to do as you say, and say as you do? If not, then our relationship (whatever it may be) has a problem. Without trust as a solid foundation, nothing lasting or of real value can be built.

A mismatch between word and action has somehow become standard and acceptable in public life and in politics. We even make jokes about it. But how do we feel if that mismatch occurs in relationships closer to home? In our family, with our friends, in our business dealings. The converse of trust is betrayal.

That may seem to be a strong word. So is sin. But sometimes strong words are needed to describe problems which, if allowed to take root and grow, will shake our very foundations and all we hold dear. And without foundations, the structures of our lives, or even of our society, can rapidly come tumbling down. It’s a very big mess.

The parable of the Good Samaritan which Jesus told makes this point brilliantly. A man is injured by robbers, and effectively left to die. Apparently it was very narrow road from Jerusalem to Jericho. Just about two way donkey traffic, but not much more. The idea of passing by on the other side is designed to raise a laugh. More likely you’d have to step over any obstacle in the road rather than go around it.

When we are in trouble, we expect certain types of people to help us, particularly those whose jobs indicate certain roles or responsibilities in the community. For those people to sidestep, step over, or even trample the very things they are supposed to uphold feels like betrayal.

In Jesus’ story, it is the person who you’d expect to trample on the injured man who in fact cares for him, and helps him. The ones who would be expected to help, whose actions so conspicuously do not match their words, walk on by.

Sometimes the hardest thing is to admit our failings, and to face up to them. It hurts. It’s bitter. It makes us feel awful inside. At the end of the story, Jesus turns to the man – a religious teacher – who asked the question which prompted the story. Who was the neighbour to the injured man, Jesus asks. The teacher cannot even bring himself to say “the Samaritan”. He hates them too much. It is too hard. He cannot speak the name of his enemy – for Jews and Samaritans hated each other with a passion – with any kindness or respect.

We used to respect and expect integrity from each other, and in ourselves. St James wrote, you show me your faith without actions, and I by my action will show you my faith. Actions speak a lot louder than words, it’s true; in the same way that a photograph can convey viscerally what words on a page cannot.

Over the past forty years, integrity seems to have become an old-fashioned value. Maybe it’s making a comeback. Maybe it’s all bluster and jockeying for position. But maybe, just maybe, collectively we might begin to expect words and actions to match up – in ourselves, in those around us, and (perhaps most importantly) in those who have huge power over our lives and our society, nationally and internationally. At least we’d know the truth, even if we didn’t like it.

Photo by Jackson David on Unsplash