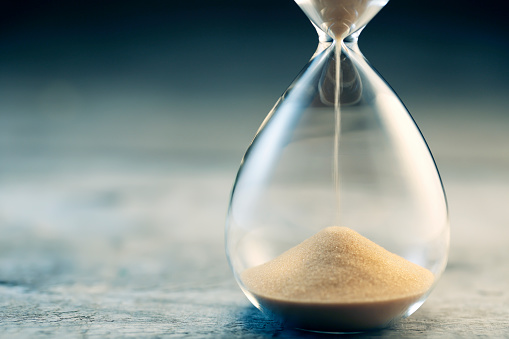 There’s a scene in the film, A Good Life, where an eccentric uncle teaches his young nephew the secret of life. He says, it’s the same as comedy: ‘timing’.

Like so many things in life, that line I’ve just quoted (probably misquoted!) has to be delivered exactly, to be heard and witnessed, not simply read in words on a page or screen. It has to be experienced to be in any way meaningful or funny.

So often the psalmist in the bible cries, ‘how long, O Lord, how long?’ We echo that cry down the centuries; millennia in fact. It has been the cry of humanity, and of the earth, probably since consciousness began.

And there are simply no answers that fit comfortably within human timeframes. ‘The time is coming’, says the Lord. ‘Soon’, says Aslan in the Narnia books. A lot of the time, in all honesty, that sounds like mum telling the toddler, ‘maybe’ or ‘later’. In other words, probably either ‘never’, ‘when I get round to it’, or ‘hopefully you’ll get distracted by something else and forget’.

Whilst God is as a mother to us, ‘soon’ to God means ‘yes, in the right moment’. For if there is one thing we must hold to, it is that God never never goes back on his promise. Even if his sense of timing isn’t what we want or expect. Come to think of it, quite often his answers to our prayers are not what we expect or think we want, but that’s another story.

Human time is meaningless to God – he dwells outside of time, as much as he is able to be within it. Quantum physics teaches us that all time is in fact ‘now’, the present moment. Everything else is an illusion, and all collapses into the pure ‘now’.

Where does that leave us?

This Sunday is Advent Sunday. The start of a new year in the Church calendar. The start of the time of preparation and waiting. God asks us to make room for him once again in our hearts, coming to us as one of us in Jesus. Just as expectant parents need to make room in the house for the baby, so we need to do a bit of spiritual internal space-creation.

But not too much. God doesn’t ask for everything to be perfect. Quite often, new-born babies would be put in a drawer, pulled out from a chest, as a makeshift crib. It’s effective, it’s safe, and it’s a very good way of putting the baby right there in the middle of the family, so all can be present and keep an eye on it. In the same way, when Jesus was born, he was put in the feeding trough for the animals – not in the stable out of sight or hearing, but in the centre of the house where the whole family, humans and animals, all shared the one room, the one roof.

And when will he arrive? Now.

And when will your life change? Now.

And when will you become aware of those changes? Of the difference that God makes? That he does in fact keep his promises? Soon. At precisely the right moment. When that right moment is Now.