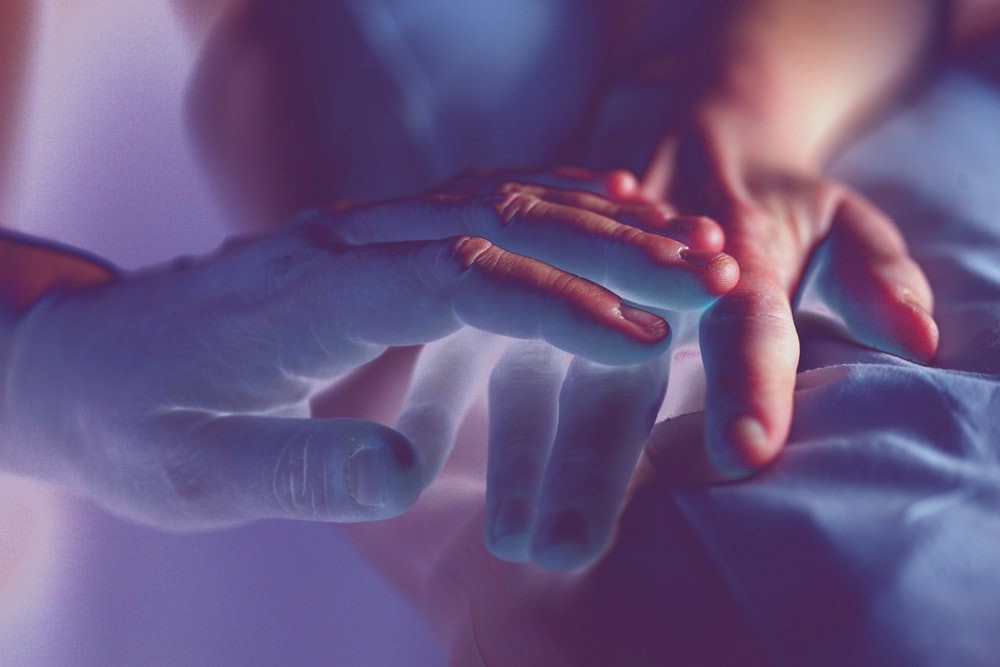 The therapeutic power of touch has been recognised in modern medical care.  Touch as an expression of focus on the patient as a person rather than as a case diagnosis brings a sense of the patient being valued as an individual. There is evidence that touch as a mark of loving care enhances empathy, boosts health and well-being and encourages people to be more collaborative and cooperative in life.

However, it also seems that we are as society becoming much more wary of contact, whether through rightful concerns over inappropriate touching or currently because of Covid security.

Our Gospel reading this week recounts two intertwined stories of the extraordinary power of Jesus’ touch.  Jairus begs Jesus to save his daughter’s life; Jesus takes the dead girl’s hand and gently calls her to wake and get up.  The woman who has been bleeding constantly for twelve long years believes that if she can touch Jesus’ robe she will be cured; as she makes contact, power flows out of Jesus into her and heals her.

The stories are of course more than just wonder-cure accounts.  The sequence of events makes it clear that the healing experienced by the woman and the girl was a response to the woman’s faith and to Jairus trusting Jesus’ instruction to stop being consumed by fear and “only believe” (v36).

I think there is another dimension too at work here, of the power of contact in the narrative as the start of new life and new relationship.

When Jairus comes, risking his status in the community as a synagogue leader, with his plea to Jesus, Jesus could have sent him home with a promise that he would find his daughter live and well. Instead, Jesus chose to walk with Jairus, literally and metaphorically, to be with the family in their fear and worry, their bereavement, confusion and joy.  Jesus chose to make this healing private and personal as he entered into their home and restored life to the daughter and to the family.

I wonder what difference that personal presence of Jesus in the moment made to Jairus and his wife.

In Jewish law a woman was made unclean by bleeding and she had to self-isolate until her bleed ended so that she would not contaminate others.  The woman in the story had been bleeding for twelve years: shut away from family and community for all that time, cut off from touch or hug, and risking punishment by venturing into the crowd to approach Jesus. She could have remained hidden in the crowd. Yet Jesus deliberately sought her out, blessed her with healing peace and publicly affirmed her transformed state.  And he addressed her as daughter, welcoming her into a new family relationship.

I wonder what are the taboos and barriers we hedge around people that marginalise them.

I wonder how we can reach out to those who are lonely or isolated.

I wonder how we communicate to those we meet, especially those who make us feel uncomfortable, that sense of welcome in the way that God invites and welcomes into his family.