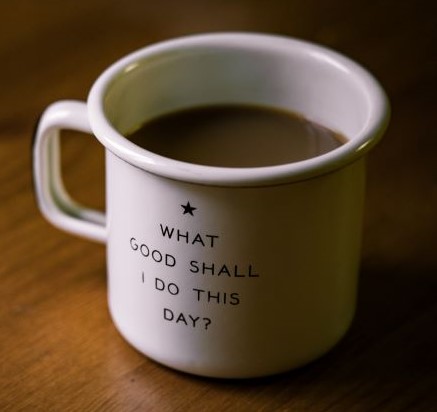 The story of Sodom and Gomorrah in Genesis 18-19 has been held up as a text of terror for LGBTQI+ people for centuries. But that would be to entirely miss the point of the story! When Jesus refers to it in the gospels (Mt 10.14-18), his comparison refers to hospitality, to looking after the stranger in our midst, and to hearing and obeying God’s word, and those whom God sends. It is NOT designed as a condemnation of homosexuality.

It is also a wonderful example of how God involves humans in his plans.

God has a chat with Abraham – and it really is a chat in its tone. “I’ve seen the awful things happening down there,” says God, “and I’m going to do something about it! I’m going to destroy their wickedness!”

Why on earth does God bother to tell Abraham his plans? He doesn’t need to. God can do what he pleases. But the fact remains that he chooses to tell Abraham, and thus to involve him in this.

Perhaps I should right now enter a caveat: I do not in any way take this as a literal account of an exchange between God and Abraham. It may be, for all I know. But I think it more likely that the bible writers were writing this story to make a point about God’s character and way of operating in the world.

By talking to Abraham about this, God is inviting a response. And Abraham definitely has a view here! “Will you sweep away the righteous with the wicked?” he demands indignantly. He is basically demanding that God act with justice, and that the good people are not punished along with the bad. The conversation goes back and forth, and Abraham is bold. He bargains with God, until if there is just one good person in Sodom, God will spare them all.

The angels who had visited Abraham and Sarah then go to Sodom.

Hospitality matters in the Middle East. It mattered then, and still matters now. Looking after the traveller is a vital part of desert culture, hence Lot welcomes them and insists they come and stay at his home. But the people of Sodom are not welcoming. Instead they wish to assault and hurt these travellers, effectively for fun.

Lot takes hospitality seriously, to the extent that he even offers his daughters instead of the travellers. There is nothing good or redeemable about this act, but in context it can perhaps be understood, because hospitality demanded that you protect the stranger even if that meant hurt or loss to yourself.

Even this offer does not satisfy the evil people of Sodom. For clarity, seen as part of the sweeping narrative of the bible, their sin is not listening to God, or to the people God has sent; their sin is taking pleasure in hurting others for fun; their sin is in refusing to respect the vulnerable and respect the importance of caring for them. Most scholars now argue that it’s not about sex at all.

There is so much to say about this story, so much that has been misunderstood over the years or taken out of context. But at its heart are two crucial things:

Firstly, that God chooses to involve us humans in his action in the world, as is seen in God’s choice to involve Abraham in conversation, and to listen to what Abraham has to say.

Secondly that God cares for the vulnerable and weak, for the stranger and those in need of care. There is a penalty to pay, in the end, for evil actions against those who cannot protect themselves, for refusing to listen to God’s call to justice and loving compassion. So often the poor and weak suffer, and the rich and powerful do exactly as they choose. But we are all answerable for our actions, and God will call us to account one day.

Jesus gives his disciples clear instruction: If anyone will not welcome you or listen to your words, shake off the dust from your feet as you leave that house or town. (Mt.10.14). We do not need to take revenge. All we must do is listen to God’s teaching, acting with compassion and kindness to all, wherever we go. In the end, we can’t force anyone to be good. Goodness, like love, like obedience to God, has to be freely chosen.

Photo by Nathan Lemon on Unsplash