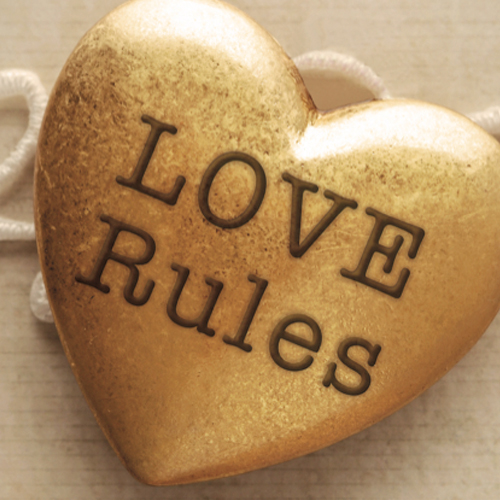 Thoughts on the Ten Commandments

There are few things so frustrating in life as rules – when they are not in your favour. Equally rules are extremely useful when trying to navigate a strange and unfamiliar situation.

Revd. Jim preached a wonderful sermon for us yesterday on the Ten Commandments, and he has sent me a few thoughts from what he shared, but his preaching was from notes – so I must take full responsibility for what follows, as it may not be quite the line he was following!

Preparing to preach on Exodus 20 (the Ten Commandments appear at Deuteronomy 5 too) set me thinking about how it relates to Lockdown Rules. We may fear these are irksome – or impossibly complicated. But we need to remember that the Israelites had just experienced the amazing deliverance of the exodus – just as testing, treatments and now the vaccines mean so many of us have experienced an amazing deliverance. It may be helpful to think of the rules as response therefore.

The lockdown rules are also, quite frankly, confusing at times. Can I do this? Or can’t I? But in these circumstances, is it different? Soundbites may be irritatingly short and lack details. But the alternative is at times mind-boggling, and often feels contradictory.

So if all the rules seem too much – the government website has 30 readings each leading to more material – then be grateful for short summaries. We can all remember the slogan emblazoned across the podiums at the Government press conferences: Stay Home – Protect the NHS – Save Lives.

Returning to the Ten Commandments – we’ve all heard of them. Many people think of them as the basic rule book of the Bible. But they are in a context of hundreds and hundreds of laws for the ancient Hebrew society that emerged and began to organise itself as the Hebrew people came out of slavery in Egypt and began to build their own independent nation. It’s a story of the society that they decided was best, and would best reflect their understanding of God at the time. It’s also deeply practical – including advice on what to do when building a flat roof! Many of the rules are common sense and are there to prevent injury of one kind or another. It’s about saving lives!

Rules are often like that. They begin in an attempt to regulate behaviour for the collective good, to prevent bad things happening, and they get more and more convoluted and end up being really annoying. It can feel like being tied in knots. And sometimes we wonder what on earth is the point of some of the rules anyway. We forget it’s about saving lives, and just get annoyed.

I’m sure there are many daft laws that can be pointed to, with no discernible purpose. But generally, in context, most rules make sense. The problem is that, out of context, they lose their purpose. The other problem comes when they are too complex. We all need summaries!

Those ten original commandments were themselves a distillation of all the others. The bottom line of all the rules is Love. It’s about saving lives. It’s about cohesion and keeping everyone safe and together. Look at the Ten Commandments again. It’s not just a list of rules. It’s a list of principles which, if we keep, help us to maintain trust in one another. They help society and communities to remain cohesive, instead of fracturing. Don’t lie. Don’t steal. Respect one another. Don’t get jealous wanting what belongs to someone else. Don’t kill people! Remember that you are not God!

But even that summary was too much. When questioned by a religious teacher as to which of the rules mattered most, Jesus condensed it down even more. Even as the lockdown rules were condensed (for a while) into the Rule of Six last autumn, just Jesus pares the Ten Commandments into: Love God and love your neighbour as yourself.

In the end, it’s all about saving lives. It’s about respecting others’ needs as well as our own. It’s about not deliberately doing anything which harms another person – and trying to ensure we don’t harm them by accident either!

And talking of ‘saving lives’ the Ten Commandments leads on to a conclusion: the Old Testament law is there to deliver from death to life. Just so the exhortations of politicians and science today.  Now that really makes it all worthwhile.


© Copyright 2021 - The Benefice of Cherbury with Gainfield