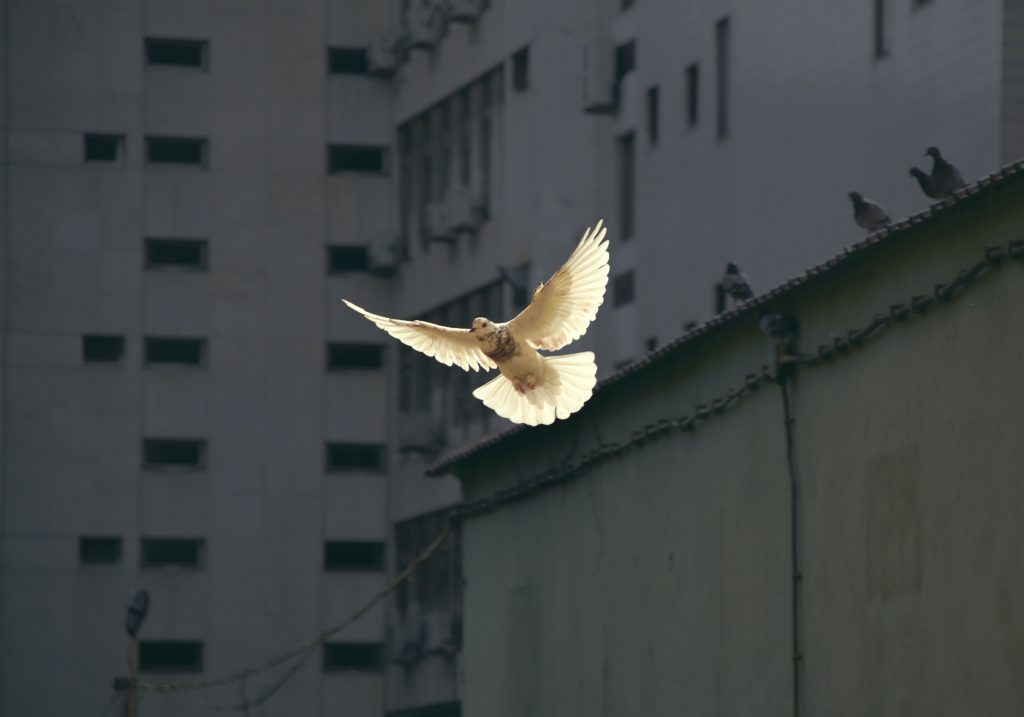 Presence can be a very ambiguous word.

Jesus’ presence among the disciples in this Sunday’s gospel reading likely caused more disturbance than peace.

Mary Magdalene has told the others she has seen the risen Christ. Peter and John have seen the empty tomb. The couple from Emmaus who have encountered Jesus on their journey have rushed back to tell the disciples in Jerusalem of their experience.

And even as they tell their story, Jesus appears among them.

Unsurprisingly, they’re terrified. Well, wouldn’t you be? The man you saw arrested, tortured, crucified, is now standing in front of you. Despite those stories from Mary and the others, they think it’s a ghost. And Jesus has to touch them, and eat in front of them, for them to move from fear to joy to full acceptance of his presence.

We are rarely at peace in the presence of things we don’t understand, or which we cannot understand in one way or another.

But this is the first thing that Jesus speaks to them – Peace.

Perhaps you ask, What has this to do with now?

Well, this past twelve months have seen immeasurable changes, unpredictable in every way. Most of our fixed anchor points for understanding our world and the shape of our lives have been altered or removed.

Just as we seem to begin the slow climb back out and up into the sunshine, another icon or anchor has gone. The Duke of Edinburgh, like the Queen, has been one of those fixed points in British culture. He’s simply been there. Always. For many people, he married the Queen before we were born. He has always been part of the background fabric of our collective national life. And now, he has died.

All things pass – that is the simple fact of mortal life. Except, for us as Christians, we have this hope and faith that the end of this life is not the end of existence for us. As followers of Jesus, we live in the now and not yet of God’s kingdom, living our lives from a heavenly perspective. By that, I mean taking action now to live out God’s love in our daily lives. Making differences in the world now, to reflect the peace and compassion and justice we believe that God will one day bring to completion in Christ.

We see that kind of example in Prince Philip, a man of great faith according to those who knew him well. The commemoration services across the country this Friday will bear witness to that faith. Above all, he was a man who lived out that faith in quiet and simple but direct action. The Duke of Edinburgh’s Award – giving skills and hope to so many young people. The World Wildlife Fund, saving species at risk of extinction. Championing organic farming and care for the earth at the most basic level. The list goes on and on.

Opinion may be divided on royalty and how it should or should not conduct itself or impinge upon a nation. The same has been said about faith – must it remain private, or can it influence our public lives?

I would suggest that the answer lies in two things: presence, and peace. Two things which Prince Philip appears to have understood well.

Christ is present with us always, at all times. He is not limited to Sundays, funerals, special occasions. He gives us peace in our hearts, if we ask in faith and prayer, no matter how the storms of life around us may toss us about. When all other anchor points are removed, this one anchor still holds fast.

And those who follow Christ, who accept his presence and his peace, in turn demonstrate that presence and peace in their own lives, and in their actions, both private and public.

Image by Sunyu on Unsplash