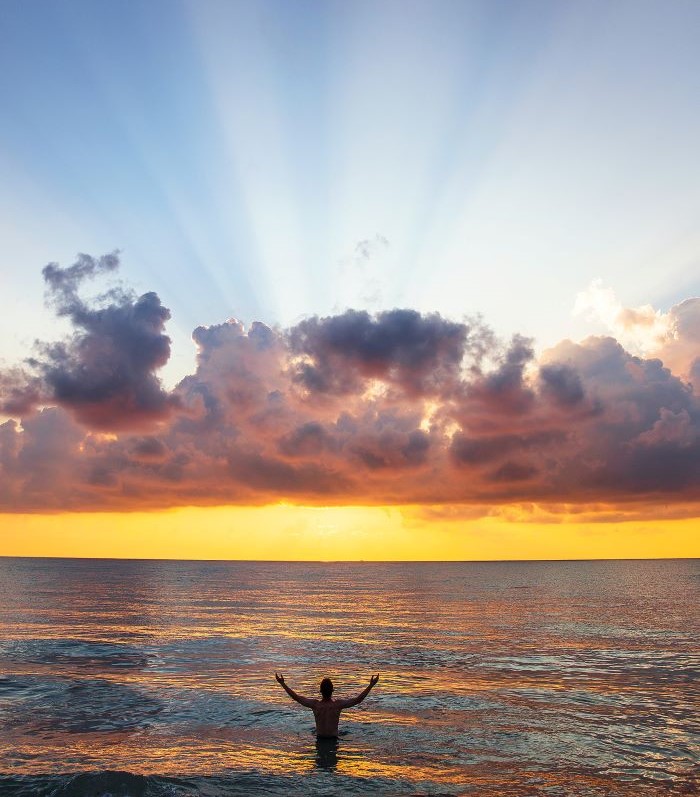 Human civilisations and cultures are full of rituals, of ways of establishing whether a person is “in” or “out” of the group. It has gone on since the dawn of time, in one form or another. Whether it’s the clothes you wear, the way you speak, how you hold your knife and fork… Or more physical rituals, such as participating in indigenous tribal ritual experiences.

Faith groups are, in some ways, little different. For the Hebrews (and still the Jews) it is circumcision. For Christians, it is usually baptism.

But nothing is ever quite so simple as mere words might suggest. In the early centuries of the church, some Christians put off baptism until the point of death, so that they were completely cleansed of sin and redeemed, and thus avoided any possibility of punishment for sins committed after baptism! Others, especially after St Augustine, baptised infants as quickly as possible after birth to ensure that they were “in” and accepted by God.

But both of the examples above are driven, at their root, by fear. Not by love. Not by wanting to accept a loving invitation to be in God’s huge family, but by terror of being left out, and the punishment that might entail.

I find this very interesting, because it’s here that the vast gap between our words about God and our true inner feelings about God can be revealed.

What is it that we truly, foundationally, believe about the nature of God?

For me, this has always been the fundamental question of faith. It was precisely this question of “in” or “out” which led me to reject the God that as a teenager I was introduced to. Any god who could condemn humans to eternal punishment and exclusion based on a human decision made with finite knowledge and dependent on cultural and personal circumstances was not a god I wanted anything to do with. If that’s Jesus, and God, then no thank you!!

Over the years, despite my angry rejection of Him, God did not reject me. He came searching for me. He kept on inviting. He kept on creating opportunities to see something different. And through other people, and through my own experiences, I came to understand that my instinct of rejection had been absolutely right. When in my mid-twenties, I accepted His invitation, I did so out of love, not of fear of eternal consequences.

We will all see things differently. We all have different personalities, often different cultural perspectives. What is right for me may be utterly wrong for you – and that’s okay.

One caveat – that’s not to say that some actions are utterly and completely wrong and sinful and unacceptable. Sin is a very important word, and we need to use it in the right way. Actions which deliberately and knowingly hurt others, especially the weak and vulnerable, are wrong, and the Bible is utterly clear that God does not condone or accept such actions. But God’s love is so great that even whilst He rejects and is grieved by the action, He will never reject the person. Redemption and forgiveness are always possible with God, even when it feels impossible for humans. And in all honesty, some sins are so awful, some crimes so terrible, that only God can sort them out.

But to return to my point about difference in belief and perspective. For me, the most important reason why “in” and “out” is not the key question in belief and faith is that God loves us all, exactly as we are. Catholic, Protestant, Muslim, Jew, Baha’i, Buddhist. Our paths may be different, and we will all make different choices. The person who decides whether we are “in” or “out” when it comes to the divine party is not God. It’s each one of us. You. Me.

It may be somewhat uncomfortable to come in if the people there are all the ones we’ve spent our human lives rejecting and excluding. Or if we’re the person who did unspeakable things in life, because the Bible also tells us that in God’s presence, there are no secrets. Think of it as spiritual and emotional nakedness. Whatever our true nature, and our actions, everyone knows it! I can’t imagine that will be anything other than very, very embarrassing and difficult!

But my guess is that, in the end, when we hear the music and see how great the party is, we’ll want to come in. And there won’t be anyone on the door asking whether we have our invite, or checking our credentials. Simply wanting to be there, and being brave enough to come in, will be enough.

And for that, thanks be to God.

Photo by Joshua Earle on Unsplash